The Female Face of France: Banned Beneath the Burqa

All across Europe, government leaders are deciding whether to fine, restrict, or ban the wearing of the Islamic veil. France's President Sarkozy wants a full ban—one that will also apply to Muslim tourists. Belgium wants one too–although it has been warned that doing so "will violate the rights of those who choose to wear the veil and do nothing to help those who are compelled to do so." (That vote has not taken place due to the collapse of the government). Recently, a Madrid school expelled a girl for wearing hijab; the government is backing the school, but four of the girl's classmates have been coming to school wearing hijab "as a sign of support for her."

Of course, Tariq Ramadan has condemned Sarkozy's attempt to ban the burqa. On his recent American tour, he said:

"The French…are responding to the burqa, the niqab by restricting freedom and I think that's not going to work… We have to be very cautious not to translate every sensitive issue into a legal issue…Don't go that direction, speak more about education, psychology, changing mentality. It takes time but…for me, we can do the job as Muslims by saying the burqa and niqab are not Islamic prescriptions."

Clever, isn't he? Ramadan adopts a soft and peaceful tone, one which lulls us into believing that he, personally, will undertake the "job" of educating Muslims that burqa and niqab are not religiously mandatory.

Really, will he? And, how long might such an educational process take? And, why is he suddenly opposed to the rule of law and its educational potential? Is he willing to spurn Shari'a law as well and for this same reason? Or is it only certain—not all–western law that he opposes?

According to my French friend and former college-mate, Guy Ducornet, "One thing is sure. The 'Islamists' have been very clever in testing the weak spots of our democratic system as they keep yelling that they are discriminated against… But they'd be the FIRST ones to abolish the very laws they invoke!!! (That OLD favorite fascist trick!)."

Compare Ramadan to Drancy-based Imam Hassen Chalgoumy, who "dared publicly condemn the wearing of the full veil and who welcomed the idea of outlawing it." The Tunisian born Chalgoumy also acknowledges "the horror of the Holocaust" and has reached out to France's Jews. Chalgoumy works in a very poor suburb of Paris—not in the hallowed halls of Oxford University where Ramadan teaches. Chalgoumy requires two bodyguards.

A final draft of the burqa ban legislation is slated to be approved by the cabinet on May 19.

Really, what's the fuss all about? Isn't the West committed to tolerance—even towards the intolerant? But aren't we also in favor of women's rights, human rights, and the right to pursue our individual destinies?

Wherever there are burqas, there are also radical Islamists who believe in polygamy, arranged child marriage, cousin marriage, militant jihad, and in the subordination of Muslim women and infidels. Also, please understand that the full Islamic Veil means sensory deprivation, social isolation, and various Vitamin D deficiency diseases for its wearer. And don't discount the effect the full Veil is meant to have on infidels and other naked-faced women (this is how we are described); it is meant to terrify us, like the sight of a severed head on a pole, or of a prisoner publicly chained for years to a stake.

Then, there is always the security aspect: A common thief can hide a gun, a homicide bomber can hide an explosive device under such flowing garments—and "she" can just as easily be a "he."

Thus, it is no coincidence that the French woman who was fined for wearing her niqab while driving turns out to be one of four wives, all married to the same Algerian-French man who has fathered twelve children. If not this polygamist then the next polygamist will turn out to have ties to an Islamist group or will be indoctrinating his French citizen children into Islamism. This French polygamist is also a welfare fraud since all four wives collect government subsidies as single mothers. And, no surprise here, our polygamist is also leading the drive to build a mosque.

And, by the way: The veiled women are not only victims. Yes, of course, they are "choosing" not to be honor-murdered or rejected by their communities. But, they are also proudly, aggressively, defiantly, marking out Islamist territory in infidel countries; the fact that they have been brainwashed or not given a free choice makes no difference. These Veiled Crusaders view themselves as superior to an allegedly (and often truly) "racist" infidel population. They are choosing a glorified group identity as opposed to an unknown, difficult, lonely or dangerous individual identity. Finally, as I've explained in Woman's Inhumanity to Woman, women are empowered to break the spirits of young girls and female rebels. Even more than men, women are conformists who are supposed to keep other women in line.

In Questioning the Veil: Open Letters to Muslim Women, Algerian-American Marnia Lazreg argues that, when the state bans the burqa, how is that different from when the family forces a girl to wear it? In neither case do individual will and choice exist. She makes a compelling point—and yet, I hope that both Lazreg and Ramadan read Samia Labidi's chapter in The Other Muslims: Moderate and Secular. Labidi herself was indoctrinated into Islamism and into the Islamic Veil by a new and rabidly Islamist brother-in-law. In turn, Labidi proudly indoctrinated hundreds of other girls to veil "as a feminist gesture against the Western idea of woman as a sexual object." However, once Labidi saw "the full horror of the Islamist strategy," she fled Tunisia and joined her mother in France. She came to understand that "the veil is used as a symbol to spread political Islam among girls," as are arranged marriages which subordinate women.

Labidi never expected that she would "face the same struggle two decades later in the heart of the West." And why? Partly because Islamists, who were expelled from their countries of origin, came to the West and assumed influence over and control of immigrant communities. Labidi has now concluded that the Veil oppresses rather than liberates women. She is a feminist Muslim who opposes Islamism and who knows more about how it operates than do most non-Muslim critics of political Islam.

We had better listen to her and to others like her before it is too late. Yes, I am suggesting that we include Muslim and ex-Muslim anti-Islamists in our battle against political Islam. I would rather be in the trenches with those Iranian feminists who are risking death to march for freedom in Teheran than with most western Ivory Tower pseudo-fascists.

By the way, Lazreg implores her readers not to veil, but she does so in terms of their making an individual choice. If only Lazreg had Ramadan's platform–I would trust her to educate Muslim women about the Islamic Veil. Ramadan—I would not trust to even spell his own name accurately.

Yesterday, I posted a version of this piece at NewsRealBlog at their Feminist Hawk's Nest. I've expanded it here for my Pajamas readers.

I also wish to acknowledge the important work being done by "Esther" at her blog Islam in Europe. 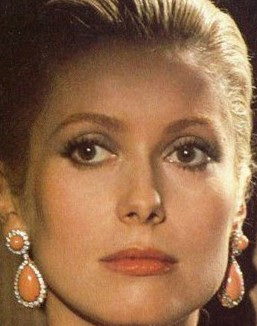