"The Absence of Outrage is Outrageous"

What more can be said? Are mere words sufficient? By now we know that Jew haters are never deterred by facts—only by force. We also know that the Arab-Muslim world has brainwashed its citizens and the world with a steady stream of blood libels against Jews and Israel. The United Nations, international human rights organizations, the world media, and the world's so-called intelligentsia have all piled on, as have President Obama and his carefully chosen advisors. Obama, who bowed to the Saudi King, and who publicly shamed the Israeli Prime Minister, has also, for the first time, decided to sell no bunker buster bombs to Israel; to deny Israeli scientists who work at Dimona visas to study in the United States; to manufacture a sham crisis over Israel building apartments in north Jerusalem—all in order to "impose" a Solution (hopefully not another Final Solution) on Jewish Israel.

The Man wants to show the world he's "tough" where the Jews are concerned so that it will not notice how "weak" he is in terms of confronting Iran's Ahmadinejad, Afghanistan's Hamid Karzai, North Korea's Kim Jong-il, Sudan's Omar Hassan al-Bashir, etc. But many see that Obama is "weak," beginning with the very Arab and Muslim countries he most wishes to impress.

If this were not sorrow enough, our cup runneth over because we also know that some Jew-haters and Israel demonizers are themselves Jews. Their names are legion. We also know that most American Jewish leaders have left a great deal to be desired.

America is rapidly changing in terms of its relationship to Israel and to Islamism. My passport is ready, near my bedside. Others are worried, just as I am. For example, read Daniel Greenfield at SultanKnish, Marc Prowisor at Yesha Views, and Ed Koch at The Huffington Post. Just last night a friend who has lived in North Africa, Israel, Europe, and the United States suggested that we might slip away to Cambodia, Vietnam, Thailand, maybe Costa Rica because "war is here, war is everywhere, but what jihadist group is going to target such countries?"

Jews cry: "Never again." Jews cry: "No more will we be silent." In memory of the six million who perished in the Holocaust because most American Jews were more concerned with their own survival than with that of their endangered brethren—and because they were misled by most of their Jewish leaders and by the Court Jews of the day; and in memory of all those Israeli civilians and soliders who have fallen since the state of Israel was created (in 2009, that number was 24,293), I will now endanger myself further and begin "naming" some names. It is the very least I can do.

In early 2004, eight months after my book The New Anti-Semitism was published, I wrote that, in a sense, a new Holocaust had already begun in Israel.

At the time, the leaders of the major American Jewish organizations paid absolutely no attention to what I'd writen—or, when we found ourselves on a panel, actually mocked me as "the Jewish Cassandra." Ken Jacobson of the ADL did so at a panel at Columbia. I hope I am no Cassandra; no one listened to the Trojan princess who bore that name and Troy went down in flames. From the beginning of the Intifada of 2000, well-heeled professional American Jews in handsome three piece suits, herd-animals, self-important cowards, continued to deny and minimize the danger and to assure their funders that the alarmists were wrong, that they—the men in the suits–had it "all under control." How could it be otherwise? They were dining with Arab oil Sheiks and attending interfaith conferences at five star hotels. They were okay—it must mean that the rest of us were okay too. 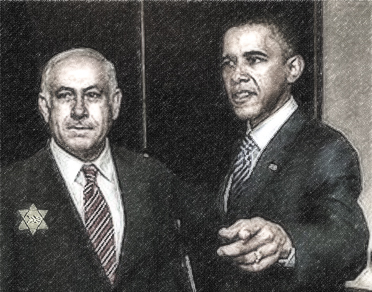 Back in the fall of 2003, Abe Foxman of the ADL finally published his book about anti-Semitism; the book saw little danger emanating from the Islamic and Islamist world. To Foxman, the Christian right wing still remained the major threat. In 2003, when Congressman Tom Lantos wanted to create a U.S. government Office to Monitor and Combat Anti-Semitism, I was told, repeatedly, that Foxman was trying to block this effort. Perhaps my information is incorrect, but I doubt it. Of course, my sources will not go on record because Foxman wields far too much power. In 2004, when Lantos' Office was, nevertheless, created, Foxman immediately issued a press release "welcoming" the government's move and appearing to take some credit for it too. In 2004, Foxman raised holy hell about Mel Gibson's film The Passion of the Christ. First, he saw Gibson as "anti-Semitic," saw the film itself as either "anti-Semitic," or not "anti-Semitic" but "painful." Foxman feared it could "fuel latent anti-Semitism." Of course, no Christians have perpetrated pogroms against Jews. However, during this time, Muslim Islamists have perpetrated countless barbarous pogroms against Christians and Jews in the Middle East and in the Muslim world.

Every so often, Foxman will issue a press release about "Islamic extremism" but really taking it on would offend his largely liberal Jewish base and so he comments on specific incidents but has not launched a campaign of any kind against Islamism. Or against radical jihad. Nor has he conducted a campaign to condemn "Islamophobia" as a false concept. On the contrary. Foxman has seen "Islamophobia, anti-Semitism, and Christianphobia" as similar and related realities.

Now, in 2010, nearly ten years after the Al-Aqsa Intifada began, after so many chickens have come home to roost—after all the Jewish liberals have voted for Obama and continue to work or stand by their man, Foxman has, for the first time, called for a Jewish march on Washington to demonstrate support for the state of Israel. .

I'm glad Foxman has finally seen the need for such a march—although it's rather late in the day.

The Office, envisioned by Lantos, is now headed by Obama's appointee, Hannah Rosenthal, who sits on the board of J Street. And, this is not the time to appeal to Jews only to support Israel. There simply aren't enough Jews in the country or in the world. Foxman's call, and any similar calls, must now go out to Christians, Hindus, Sikhs, Buddhist, atheists, Muslims and ex-Muslims who oppose Islamism and radical jihad. There are at least two organizations that are already working in such coalitions. None are funded like the ADL is. I am sure that if Foxman views it as profitable and fashionable to embrace such a vision, he will pretend that it was his idea all along, buy up some of the grassroots activists, and continue to—make no difference.

For the record: This vision has already been undertaken by the Human Rights Coalition Against Radical Islam, of which I am a member. The vision has also been undertaken by Jeff Imm of Responsible for Equality And Liberty (R.E.A.L.) who, to his credit, will not work with racists or supremacists even if they understand and wish to combat the forces of jihad.

This year, I tried to watch Schindler's List which aired on HBO. I have seen it before. Now, I could barely watch it. I see how easily it could happen again. Yes, I know: Israel is a well-armed, nuclear ghetto. I know that Israel is also strong culturally and economically. (Many European Jews were also strong culturally and economically). But, I sense our incredible vulnerability. Jews are irrationally hated in a world that stood by and did nothing to stop the massacres of civilians in Bosnia, Rwanda, and Sudan—and the world had no blood lust for any of these victims. The world chose not to stop the Islamist terrorism against Israeli civilians and, in so doing, has now reaped the whirlwind of similar Islamist and jihadist homicide bombers. This comeuppance gives me no pleasure.

Wisely, Israeli Prime Minister Netanyahu chose not to attend the Nuclear Security Summit in Washington, D.C. Why cross oceans to be insulted, shunned, shamed, blamed? More important: Why waste time when the 46 countries in attendance are not yet prepared to stop Iran from going nuclear? Who would rather stop Israel's launch of a pre-emptive attack than stop Iran from penetrating Tel Aviv (or Mecca) with a nuclear bomb.

However, Prime Minister Netanyahu just delivered a speech at Mount Herzl as part of Yom Hashoah Day. Gain strength from his strong and inspiring words. He said, in part,

"Today, 65 years after the Holocaust, we must say in all honesty that what is most outrageous is the absence of outrage. The world gradually accepts Iran's statements of destruction against Israel and we still do not see the necessary international determination to stop Iran from arming itself with nuclear weapons. But if we have learned anything from the lessons of the Holocaust, it is that we must not remain silent and be deterred in the face of evil.

I call on all enlightened countries to rise up to forcefully and firmly condemn Iran's destructive intentions and to act with genuine determination to stop it from acquiring nuclear weapons. These are the three lessons of the Holocaust: fight evil, teach good deeds and fortify your strength.

My friends, where does our strength come from? From our unity, from our heritage, from our common past and future. Together, we treasure our past. Together, we forge the path to our future. We are not here by chance. We returned to this land because it is our land; we returned to Zion because it is our city. We are paving roads north and south, and transforming a barren land into a flourishing garden. This is our answer to those who seek our destruction. As the prophet Isaiah said:

"Instead of the thorn shall come up the cypress, and instead of the brier shall come up the myrtle; and it shall be to the Lord for a memorial, for an everlasting sign that shall not be cut off… Even unto them will I give in My house and within My walls a monument and a memorial…I will give them an everlasting memorial, that shall not be cut off."