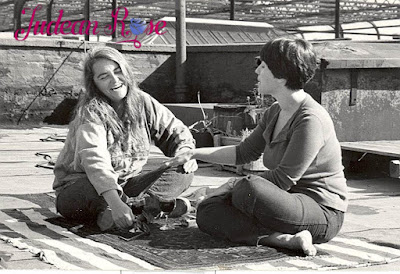 Phyllis Chesler is a puzzling figure. She’s an academic and a feminist, so she can’t be on the right. She won’t "hate on" Jews or Israel, so she's can't be on the left.

That makes Phyllis Chesler a problem. Which is a compliment. No one is thinking for Chesler; her thoughts are her own: they’re original.

A leader of the feminist movement, and embedded as she is in the thick of academia as Emerita Professor of Psychology and Women’s Studies at City University of New York, Professor Chesler is obstinate in her refusal to jump on the intersectional bash-Israel bandwagon. And she fights against antisemitism.

Now, when you look at the sad state of today’s limited discourse, with seems confined to two very loud competing narratives, Chesler’s originality is compelling, attention-getting. And this is what makes Phyllis Chesler interesting to read. She is not preaching to the choir: how can she as a soloist?

We may not be able to fit the best-selling author, retired psychotherapist, expert courtroom witness, and founding member of the International Committee for Women of the Wall into a slot. Not ours. Not theirs. But if you try to fit this distinctive peg into your one-size-fits-all slot, Phyllis Chesler will be sure to correct you, as she did this author, during the intimate question and answer session that follows:

Varda Epstein: You were a leader in the Second Wave feminist movement in the United States. In your memoir “A Politically Incorrect Feminist,” we can see you rubbed elbows with some of the most important names in that movement. What do you think of Gloria Steinem’s recent criticism of Benjamin Netanyahu in which she calls him a bully for his application of Israel’s No Entry Law with regard to Congresswomen Ilhan Omar and Rashida Tlaib? (See https://www.facebook.com/GloriaSteinem/posts/10156303734472854)

Phyllis Chesler: I didn’t just “rub elbows.” I taught, I learned, I co-wrote articles and planned conferences together with some of the best minds of my Second Wave feminist generation, the pioneers, both known and unknown. Also, I have written about feminist anti-Zionism and anti-Semitism at length in hundreds of articles and in some books, for example: In “The New Anti-Semitism” (2003); “The Death of Feminism” (2005); and in “A Politically Incorrect Feminist” (2018).

I am deeply saddened and outraged by the leftward turn taken by so many feminists and feminist leaders, the extent to which their concern with anti-black racism and transgenderism trumps their concern with sexism. As I’ve written many times before, the institutional feminist movements in the West have been Palestinianized and many, but not all, are often more concerned with the occupation of a country that does not exist than with the occupation of women’s bodies and minds globally. 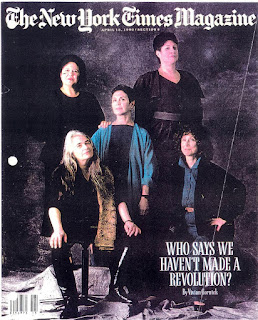 Varda Epstein: How are we to understand what seems to be a wave of antisemitism in the women’s movement, for instance among the leaders of the Women’s March?

Phyllis Chesler: The anti-Israel propaganda kicked in minutes after Israel won its 1967 war of self-defense. The well-funded cognitive war has borne its poisoned fruit. Neither Israel nor pro-Israel Jewish organizations launched a Stuxnet-like virus to combat this campaign. I know because I kept advising individual feminists, Jewish feminist magazines, Jewish-American organizations, Israeli diplomats and organizations—from the 1970s on, that this cognitive war was essential. Today, three Islamist leaders have announced a new global channel to focus on Muslim realities. We do not yet have an Al-Jazeera for Israel and the Jews—one that would cover the world and simply not lie about Israel and the Jews. The Israeli government and the IDF media have gotten somewhat better in terms of getting out our side, (the truth) more quickly. We are still mainly playing defense, not offense. Absent a miracle, we, too, will need massive funding and about fifty years to catch up in terms of the demonization campaign against Israel which continues the world’s long, long history of Jew hatred. 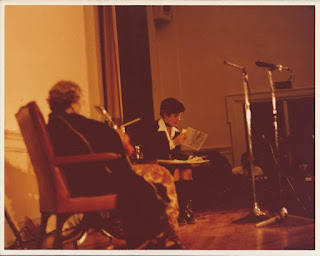 Varda Epstein: How does your work in the field of psychology inform your politics?

Phyllis Chesler: It doesn’t. I judge a political actor by what they do, not by what they say or by what the media attributes to them. I cannot psycho-analyze a political candidate from afar. I do have ethical standards that I bring to bear on the political process. In general, it does not interest me; rather, it terrifies and repulses me because so many politicians lie and are corrupt. There are too few statesmen and women on the horizon today. The Big Lies exist on both sides of the aisle and only if one is quite expert in a few specific areas can you begin to suspect what the highly partisan media might be revealing. 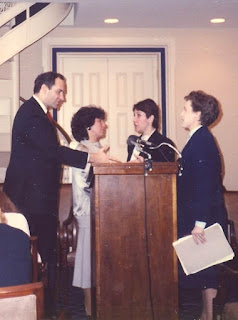 Varda Epstein: Would you still describe yourself as a liberal? How have your colleagues responded to your latest positions on Israel and Islam?

Phyllis Chesler: I am not a liberal. Never have been. I am a radical. I try to think deeply—go to the root of any given subject. My colleagues have demonized and defamed me; refused to publish or read me; no longer trust me on all those issues that I myself have pioneered due to my position on Israel and on Islam. I have encountered very painful Holocaust denial as well as lies about Israel among some feminists—while other feminists refuse to take an informed or principled position. They remain bystanders, just as many a good European, good German, did, afraid of the Mean Girls bullies among them. Evil succeeds when good women do nothing. 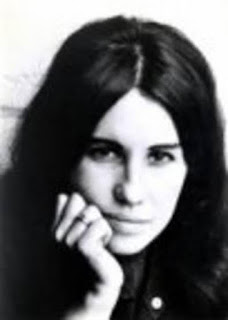 Varda Epstein: Are you a Zionist? What does Zionism mean to you? Should every Jew live in Israel?

Phyllis Chesler: Too many questions wrapped into one. Of course, I am a Zionist. Zionism is the liberation movement of the Jewish people and a return to our Biblical homeland. I cannot decide for every Jew. I once wanted to live in Israel very much but that proved impossible—and the reasons for it are meant for another article or interview. 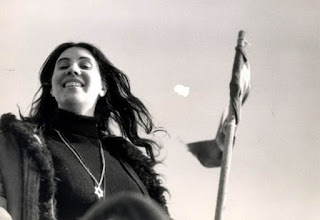 Varda Epstein: I read your book, “An American Bride in Kabul,” where you detailed how you married a fellow student, a Muslim, and ended up Kabul, imprisoned in his family home. The whole time I couldn’t stop thinking of what it must have meant to your family. They were orthodox, he was a Muslim, you had clearly made a bad decision. Did you think about them at all when you made your decision? Were you able to make peace with them, after the fact?

Phyllis Chesler: In retrospect, I believe it was bashert, dare I suggest that it may even have perhaps been divinely orchestrated. I cannot think of another or more humbling reason to explain that misguided adventure. The lessons I learned, what I’ve made of that unusual experience, have ultimately allowed me to understand that certain barbaric customs are indigenous and not caused by imperial, western intervention; that jihadists are not freedom fighters; that the largest practitioner of gender and religious apartheid are Muslim cultures and/or leaders; that one of the things that is NOT new about anti-Semitism in our time is the Islamic version of it. This is what is rising against us on the streets of Europe, in the media, at the UN, and on campuses in the West. Of course, the progressive intelligentsia and old-fashioned anti-Semites have joined forces with the Islamic world, thus creating yet one more perfect storm in terms of Jew-hatred.

I “left” my family in many stages: when I joined Hashomer Ha’tzair in 1948, very much against their will; when I was not Bat Mitzva’ed (girls in Orthodox families did not have this ceremony in Borough Park in 1952–that’s when I ate non-kosher food for the first time—and did not die). I continued “leaving” them as I read more and more books, sang with bands in HS, and then left for good when I refused to even apply to Brooklyn College and instead attended Bard College on a full scholarship. I had no intention of remaining in Kabul. My family never cut me off. My wily mother knew I’d be back. They accepted me. And we continued on in our separate but eternally and genetically joined ways. 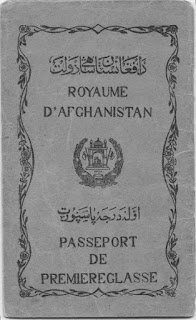 Varda Epstein: You saw, up close and personal, the bad side of Islam. What do you think of Islamic reform? Is it possible? Can it catch on? Is there anyone in particular you think is on the right track in that regard?

Phyllis Chesler: I did not see the “bad” side of Islam. I saw Islam in situ, in practice, pre-Taliban. Illiterate, rural Muslims; privileged, educated Muslims, have, in general, been taught to feel superior to infidels whom they are also taught to despise and whom they ceaselessly try to convert. Islam has been spread over 1400 centuries via the sword, Buddhists used to populate Afghanistan—Islamic history is a conquering history of colonialism, imperialism, slavery, and apartheid.

Of course, definitely, there are Muslims who are dissidents, pro-Israel, feminists, or gay, who are both religious and anti-religious; many Muslims are kind, charming, creative, agnostic, or have converted to another religion. This is a capital crime. I know and have worked with and learned from such Muslim individualists, many of whom are heroic and have been persecuted by their families, mullahs, leaders—and by a Western politically correct intelligentsia. Islam is not a race. It is a political, military, and social ideology which, at this moment in world history has either come into its medieval own or has been even further perverted by totalitarian tyrants. 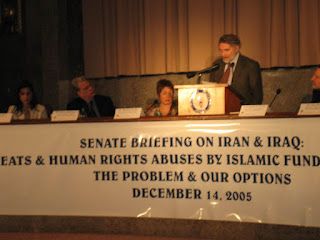 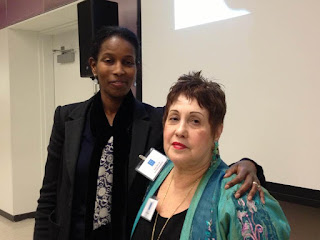 Varda Epstein: You went from fighting for abortion rights to writing about antisemitism and the demonization of Israel. How do you square these ideas? Where are you religiously on Jewish thought and practice?

Phyllis Chesler: And in between these two subjects, I researched and lectured on violence against women (rape, incest, domestic battery, pornography, and prostitution); wrote about becoming a mother; studied and published works on divorce and custody battles, and the nature of commercial surrogacy, woman’s inhumanity to woman. I spent a blessed quarter-century of Torah study, published some Devrai Torah—and then, inevitably, wrote about a subject with which I’ve been engaged since the early 1970s—anti-Semitism. I “square” these subjects and all those that have come since then, including my critique of Women’s Studies and my four studies about honor-based violence, particularly honor killing, as the work of a very inquiring and engaged Jewish mind, heart, and soul.

I attend an Orthodox shul right around the corner. The community is modern, the women are mainly all accomplished, professional career women, some of us attend Torah shiurim. I am privileged to be among them. What more is there to say? 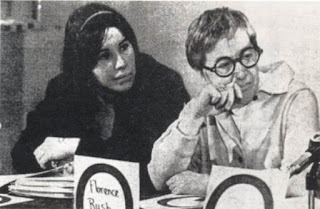 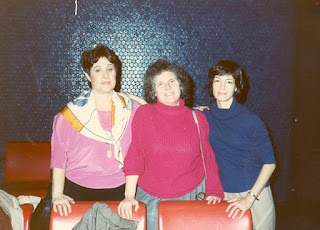 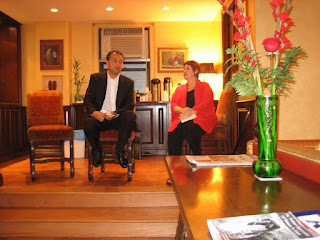 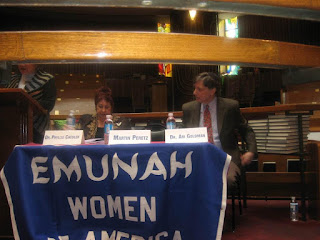 Varda Epstein: You have achieved a great deal in your 78 years. What goals do you have for the future? What work remains for you to do?

Phyllis Chesler: My work will never be done, not in this life, nor in the next one. I have joy and purpose in my work and thus, have been blessed. 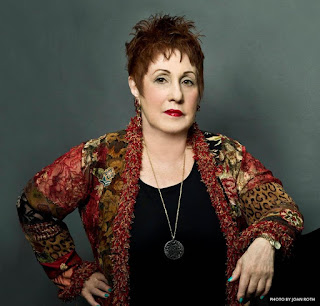